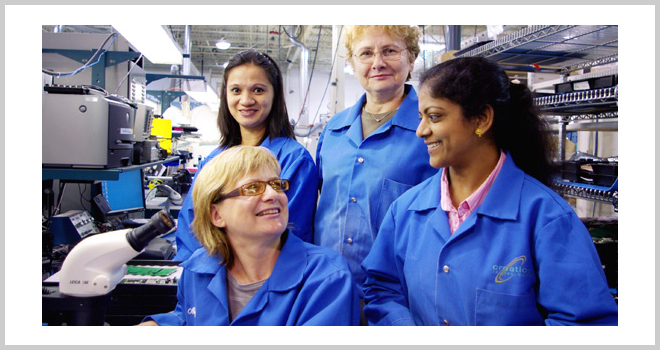 Not too long ago, I failed to practice what I preach. It was a painful and illuminating experience that I hope will provide a long-lasting lesson to me. Maybe you can learn from my mistake, too.

I was on a teleconference with about 10 of my teammates across 4 different locations, and I’d volunteered to share my screen so everyone could see the data that we were reviewing.

We were having some fairly pointed discussion about a particular customer request for quote— what we hadn’t done properly and what we should do to salvage the opportunity.

I was a bit frustrated with the situation, as well as the response from one of my teammates during the meeting. His leader was also on the call so I thought I’d “clue him into” my frustration by sending him a quick instant message stating that I expected more from the individual in question.

One problem — everyone on the call saw the message since I was sharing my screen.

Needless to say, it was embarrassing to realize my technological screw up.

More humiliating was my violation of the principle of “Loyalty to the Absent.”

What Is Loyalty to the Absent?

“Never say anything about anyone in their absence that you wouldn’t say in their presence.” These are words upon which I have based my leadership career.

Without following this commonly understood—but not commonly practiced—guideline, you cannot effectively build trust in a team, organization, family or community. And without trust, you have no collaborating, sharing or healthy debating between people and, therefore, an ineffective team.

Stephen Covey has used this term in his discussion of the principles behind the “7 Habits of Highly Effective People”.

“If you want to retain those who are present, be loyal to those who are absent. The
key to the many is the one.” – Stephen R. Covey

He refers to gossip as “bad mud” that will eventually cause the disintegration of the foundation of a relationship, team or organization.

By the way, in today’s era the same guideline applies to “silent conversations” taking place during meetings via texting or instant messaging.

Given that I have been facilitating ‘7 Habits’ workshops for almost 15 years, you’d think I would have known better.

Why Is Loyalty to the Absent Crucial?

You send very specific messages when you criticize a person in their absence. Consider what you are doing:

This principle of remaining loyal to the absent extends beyond the workplace.

How often have we criticized a family member, relative, neighbor, teacher or coach at the dinner table without a second thought to the effect these words will have on our family and friends? On our children?

What good can possibly come of this activity? Has anyone ever experienced a positive outcome from gossip/backstabbing?

Having true character and being a High Trust Leader and teammate means biting our tongues until we can address an issue in a one-to-one private setting, providing constructive feedback in an effort to help.

Admitting My Mistake & Earning Back Trust

So what happened? How does the story end?

Well, I realized my mistake and continued to facilitate the meeting.

Immediately after the meeting, I called the leader I’d instant-messaged, and expressed my regret and my intention to contact the “target” of my disloyalty to apologize.

Then I followed through and made that phone call to apologize to the individual. Luckily, after that, we were able to have a productive conversation about expectations…what should have happened in the first place.

I concluded by sending an e-mail to all participants in the teleconference to express my regret in violating the same Loyalty to the Absent principle that they have all heard me preach over the years.

The result? To a person, they all appreciated my apology and expressed support for me. I have a great team.

What about you? How would you characterize your adherence to the principle of being loyal to the absent?

On a personal note, a great human being has passed away, but his legacy will live on in the hearts, minds and souls of those he and his teachings touched. I had the honor of meeting and speaking with Stephen Covey twice and have to say he was one of the most influential people that has lived in our lifetime. He will be missed.

1 thought on “High Trust Leaders & Loyalty to the Absent”