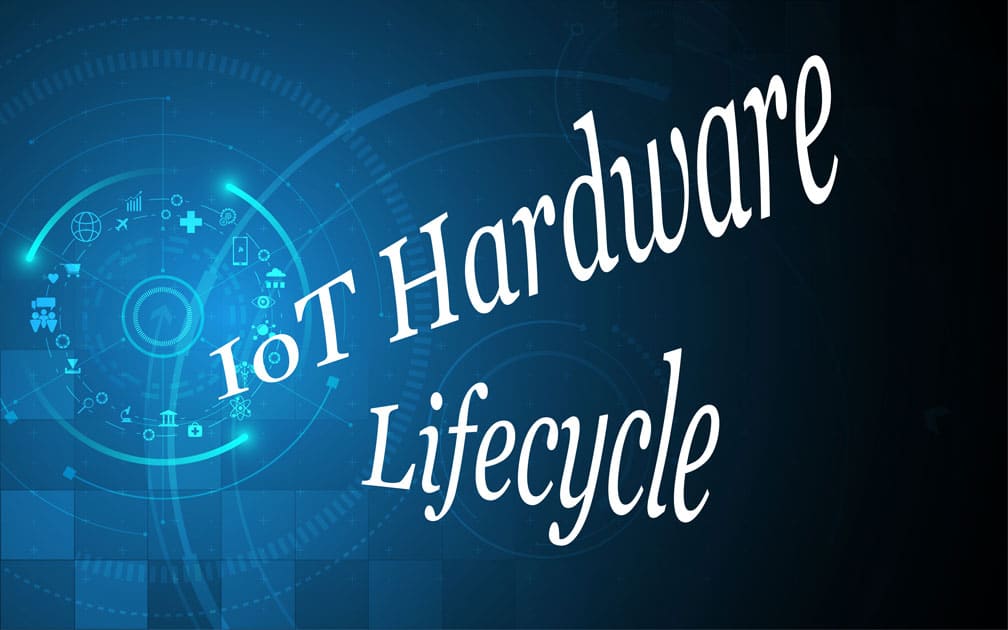 Every day there are industry announcements for new platforms, new sensors, and new wireless technologies for IoT applications. While often overlooked, these IoT hardware solutions that capture, process, and transmit sensor data have inherent lifecycle issues that must be proactively managed.

Unidentified technology dependencies can cripple an IoT solution deployment just as it’s beginning to scale or can substantially escalate the maintenance and operating costs that undermine the business case assumptions.

Either scenario is a disaster from a business perspective.

Frequently IoT devices will need to be available for 3, 5, 10 years, or more which requires vigilance to actively manage component lifecycles.

Not only does this multiply the initial development investment, but it will also greatly increase the complexity of managing a plethora of heterogeneous IoT devices comprised of numerous disparate hardware and software revisions.

There are several IoT market trends that are driving lifecycle risks for IoT products.

In general, standards drive costs lower by increasing competition among suppliers and by driving volume production. However, with hundreds of emerging standards, it’s circumspect that history is littered with promising standards that never gained sufficient market traction that either died outright or that have been regulated to niche applications and never gained broad industry acceptance.

While there are over 450 platforms of emerging IoT standards and related working groups, there is no existing market consensus for IoT standards. Although there are companies working to help consolidate IoT platforms, it is unlikely that standards will converge in the near future.

Wireless – Times They Are a-Changin’

For IoT platforms, there are big changes in the wireless networking space with a wide variety of competing technologies.

On the surface, one might assume that technology which uses licensed radio standard would be the most stable choice. However, recent history demonstrates that as technology evolves and the usage for legacy applications decreases, such as for paging and wireless microphones, the FCC will move to reallocate frequency spectrum for other more popular services such as cellular data services.

For cellular networks, the sunset for 2G and 3G networks is ongoing while futuristic 5G networks are already being rolled out in test deployments. Finally, cellular CAT-1M and NB-IoT are technologies that address key IoT requirements such as minimizing power consumption, limited data rates, and aggressive unit cost targets.

An emerging challenger to cellular networks’ dominance for WAN class IoT applications is a group of competing LPWAN technologies, for licensed and unlicensed spectrum, that include both proprietary and open standards to support IoT applications with low data rates and extended ranges.

“…technological distinctiveness will be added to our own. Resistance is futile.” – the Borg

As the semiconductor industry continues to consolidate, the inevitable wave of PCN (“Product Change Notice”), EOL (“End-of-Life”), and LTB (“Last-time-Buy”) notices will accelerate as unprofitable, legacy product lines are rationalized and replaced by newer models that leverage updated process technologies.

This is not only a concern for new designs, but it also impacts existing products that are already deployed in the field. For long-lived applications with extended lifecycles, obsolete components can impair the ability to repair and to provide replacement products.

These impacts are exacerbated by product regulatory requirements from government agencies such as the FCC, FDA, or FAA of from industry bodies such as PTCRB for cellular certifications that require additional testing, filings, approvals, and documentation that increase the time and cost for each design cycle.

It is very likely field software upgrades will be REQUIRED for any IoT product over its lifecycle. Not only for bug fixes or feature updates but to deal with the never-ending scourge of emerging security threats.

Daily, IT security professionals update software to patch security vulnerabilities in PCs and servers. The tools and techniques to combat threats are mature, but constantly evolving to address increasingly sophisticated attacks.

Most IoT platforms are embedded systems that may not have the necessary toolsets and software to combat security threats. Unfortunately, this security through obscurity myth was shown to be vulnerable by the Mirai botnet attack as well as several other attacks.

These are just a few of the market trends that continue to impact IoT hardware development. Each trend should be fully considered and addressed for any product lifecycle strategy.