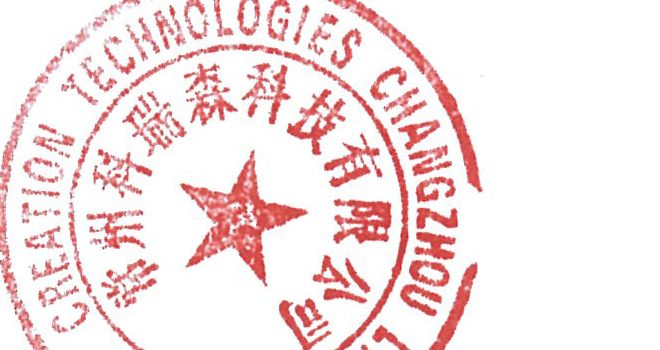 The Chop: A Unique Symbol, A Symbol of Uniqueness

One of the more interesting practical learnings from my time working as part of our China team is the significance and power of the Chop. And no, I don’t mean some forehanded karate power punch, or a turkey-shearing Krzyczkowski knife swing. (The 3 Krzyczkowski brothers working at Creation have a fearsome reputation)!

Used for thousands of years in Asia, a Chop is literally a stamp, a mark, a unique signature.

In China, Chops are used by individuals as signatures, and also as the official seals of a company or organization. If a letter or document does not have the Chop, it’s not official.

The Chop makes anything (and everything) legitimate. It gives power. Without it, a document – no matter what else is on it – is just a piece of paper. 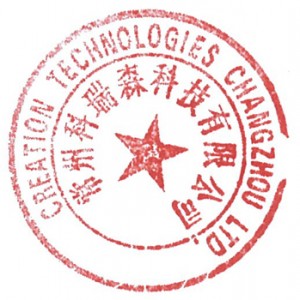 Doesn’t really look like much to many of us in the West. But to those that understand it, those that know what it stands for, it holds great meaning.

3 Impressions of a Powerful Symbol

So here are a few things I have learned about the power of the Chop.

First, in spite of its simplicity, the Chop is totally unique.

Only the government can issue a Chop to an organization, and it is directly tied to our business license. There is only one like it in the world. Copies and duplicates make the Chop meaningless.

Second, only one person per company, or their designate, can use the Chop.

In Creation’s case this is Charles Ma, our Changzhou-based General Manager. If just anyone could use a company Chop, then partners would lose confidence in its authenticity and it would lose its authority.

Third, our Chop has to be used on any important and/or official documents as a mark of authentication.

The Chop signifies ‘We wrote this’; ‘We certify this’; ‘This is our work’.

If we use the Chop on too many things, we will wear it out (literally and figuratively). If we don’t use it when we should, our work will not be accepted as our own.

It strikes me that we should all have a Chop. Something that says ‘I did this’, ‘This is my work’.

We should be proud to put our own Chop on our work – to say this is mine, or ours, and you can count on my work.

This gives power to what we do, creates confidence in those who count on us, and builds a sense of ownership in what we do.

So here’s my question to you. What is your Chop? What marks your work as your own?

Does the way you do something– the way you deliver a product, the way you communicate – mark your work? Does it have a mark of excellence, one that stands out?

6 thoughts on “The Power of the Chop”